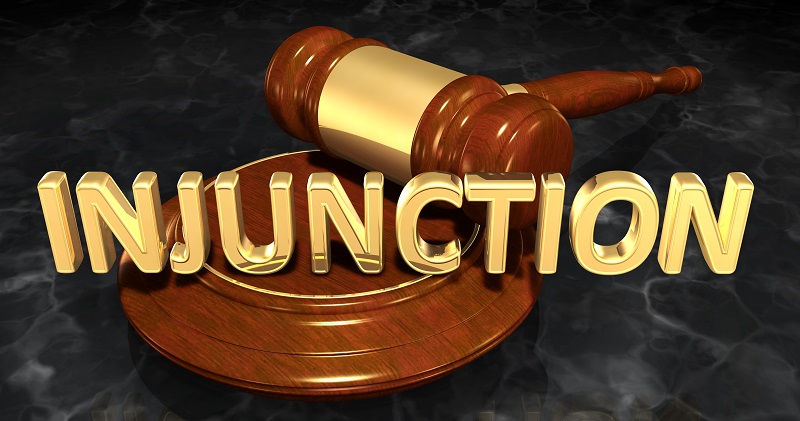 DO NOT ALLOW AN INJUNCTION TO BE ISSUED AGAINST YOU. IT WILL FOREVER CHANGE YOUR LIFE.

Based on the nature and allegations contained within the injunction, an order of protection can prohibit you from returning to your home, having contact with your spouse, and or children.

An individual who is, or had a continuing and significant relationship of a romantic or intimate relationship with another may seek an order of protection against dating violence. F.S. 784.046 (1) (d)

The existence of a continuing and significant relationship shall be determined on consideration of the following 3 factors as defined in F.S. 784.046 (1) (d).

A continuing and significant relationship does not include a causal relationship or violence between individuals who only have engaged in ordinary fraternization in a business or social context. F.S. 784.046(1)(3)

With the exception of individuals who have a child in common, the family or household members must be currently residing or have in the past resided together in the same single dwelling. F.S.741.28 (3)

Involves allegations of violence, stalking, or harassment between individuals who do not have an intimate or family relationship with each other. These individuals are typically neighbors, co-workers, fellow class members or roommates.

The number of incidents or acts to be committed by a respondent pursuant to a repeat violence injunction is defined in F.S. 784.046 (1) (b) as:

2 incidents or acts of violence or stalking committed by the respondent, one of which must have been within 6 months of the filing of the petition, which are directed against the petitioner or the petitioner’s immediate family member.

For a petitioner to be issued a repeat violence injunction upon a respondent, two acts of violence as categorized above must be established, and one act of violence must be committed within 6 months of the petition being filed.

There is no “category of violence” requirement for an injunction against stalking as in a repeat, dating, or a domestic violence injunction.

A stalking injunction does not require two acts of violence.

The person has reported the sexual violence to a law enforcement agency and is cooperating in any criminal proceeding against the respondent, regardless of whether criminal charges based on sexual violence have been filed, reduced, or dismissed by the state attorney. F.S. 784.046 (2) (c) (1)

The process begins with the petitioner completing the applicable pre-prepared injunction form located online or in the civil window of the county courthouse. The respondent is not notified.

Within hours, a judge will review the “four corners” of the petition. The judge will not receive testimony or evidence, nor will the judge communicate with the petitioner. The judge has the discretion to order a temporary injunction, set the matter for a final hearing, or deny the petition on it's merits.

If it appears to the court that an immediate and present danger of violence exists, the court has the discretion to grant a temporary injunction pursuant to F.S. 784. 046 (6) (a).

Within 24 hours after the court issues an injunction, the clerk of court shall provide law enforcement with a certified copy of said order.

Law enforcement must then immediately serve the temporary injunction on the respondent.

The respondent will not be notified of the temporary Injunction until it is served upon him or her by law enforcement.

If the court imposes a temporary injunction, a final hearing shall be scheduled within 15 days of the order.

OPPORTUNITY TO BE HEARD

DO NOT ALLOW A PERMANENT INJUNCTION TO BE ISSUED AGAINST YOU

If the petition is set for a final hearing, retain an experienced litigator. You must challenge the petitioners allegations and not rely on them.

Your attorney must be prepared to do the following on your behalf:

DO NOT IGNORE YOUR FINAL HEARING

Failure to appear at your final hearing shall result in a permanent injunction being issued against you. The judge does have discretion to void the injunction, but this is a most difficult process with little chance of success.

VIOLATING AN ORDER OF PROTECTION

A law enforcement officer has the authority to arrest an individual for a violation of any term or condition of an injunction. Pursuant to F.S. 784.046 (9) (b), you will be arrested, "booked" into the county jail, and remain “…in custody until brought before the court as expeditiously as possible for the purpose of enforcing the injunction and for admittance to bail…pending a hearing”.

DO NOT WALK INTO A FINAL HEARING WITHOUT BEING PREPARED.

YOU MAY WALK OUT WITH A PERMANENT INJUNCTION FILED AGAINST YOU.

INJUNCTIONS THAT ARE ISSUED BY THE STATE OF FLORIDA SHALL BE ENFORCED BY ANY OTHER STATE.

INJUNCTIONS ISSUED OUTSIDE THE STATE SHALL BE ENFORCED BY THE STATE OF FLORIDA.

LET A FORMER PROSECUTOR WORK FOR YOU!

While I was a student attending Nova Southeastern University School of Law, I became a certified legal intern prosecuting cases for the Broward County State Attorney’s Office in the Spring of 1990. I prosecuted misdemeanor cases in county court prior to my admission to the Florida Bar.

Upon being admitted to the practice of law by the Florida Bar in September 1990, I was employed as an Assistant State Attorney by the Broward County State Attorney’s Office. I was responsible for prosecuting individuals accused of misdemeanors such as driving under the influence, petit theft, assault, and battery. In September 1992, I was promoted to county court supervisor.

In August 1994, I was promoted and assigned to the Broward County Sex Crimes / Child Abuse Unit.

As a former prosecutor, I conducted numerous forensic interviews with alleged victims and witnesses. I communicated consistently with law enforcement officers and made the ultimate decision whether to charge an individual with a crime.

An attorney, who defends an individual against an injunction, must understand the petitioner’s state of mind. Motive, intent, bias, and prejudice of any alleged victim / petitioner must be examined and brought as a defense before your judge at the final hearing.

I will carefully examine each aspect of the injunction. Whether it is dating, repeat, stalking, sexual violence, or domestic; each order of protection invokes a unique set of law and fact.

Upon leaving the State Attorney’s Office in 1997, I have dedicated my professional life defending individuals with life changing events such as injunctions.

Please utilize my extensive training, background and experience to defend and protect you and your loved ones.

Get a Free Consultation

Midler & Kramer, P.A. is a family run law firm which began in 2001. Together, we bring 46 years of combined legal experience in order to achieve your goals. As family, we have developed excellent communication transforming our firm into an aggressive legal team. A common complaint about lawyers is a lack of communication with their clients.
We understand this frustration and that is why you will have access to your case 24 hours a day.

MR. MIDLER WAS A FORMER ASSISTANT STATE ATTORNEY, BROWARD COUNTY, FLORIDA, AND IS READY TO WORK FOR YOU!

Get a Free Consultation

Midler & Kramer, P.A. is a family run law firm which began in 2001. Together, we bring 46 years of combined legal experience in order to achieve your goals. As family, we have developed excellent communication transforming our firm into an aggressive legal team. A common complaint about lawyers is a lack of communication with their clients.
We understand this frustration and that is why you will have access to your case 24 hours a day.

MR. MIDLER WAS A FORMER ASSISTANT STATE ATTORNEY, BROWARD COUNTY, FLORIDA, AND IS READY TO WORK FOR YOU!